The viscosity of hydrocarbon-based is directly impacted by heat or lack thereof. Viscosity decreases as temperatures rise and increases when it begins to cool. Ideally, hydraulic fluid would be unchanged by temperatures of the machine. However, the technology has yet to discover that solution. Instead, hydraulic machines rely on multigrade hydraulic oil. They are essential to efficiency as they are less sensitive to temperature fluctuations maintaining relative stability compared to monograde oil.

Optimal mechanical performance is achieved when fluid friction, mechanical friction, and volumetric losses are optimal. When load and surface speeds are constant but experience elevated temperatures, the viscosity of the oil reduces too low to maintain hydrodynamic film. As a result, the machinery is subject to such damages as friction. Performances are best when the ratio of input and output are at their highest.

The Mechanics of Mobile Hydraulic Machines

However, the findings proved otherwise. After testing the changes, fuel consumption increased by a staggering 12% to 15%. The fault fell on the decrease in temperatures. The viscosity caused the operation to drag, and the machine had to use more fuel to compensate. The researchers wanted to try a different approach. They installed a “thermostatically controlled hydraulic fan drive based on engine coolant temperature.” The results concluded that to save on fuel consumption, the oil cooler must be reduced in size.

The Impact of Hydraulic Oil Temperatures

If your hydraulic oil is too thick, you will pay for it in fuel consumption. But, how do you thin it out without having to take the machine for repairs? Installing a heat exchanger on a machine asks the engine to work twice as hard to keep things cool. The more heat dissipated from hydraulic oil, the more the viscosity increases. When designing machinery, it’s key to focus on the hydraulic oil’s viscosity as the crucial component. The answer might lie in The Power Efficiency Diamond.

What is The Power Efficiency Diamond?

The Power Efficiency Diamond mandates that all four sides of a hydraulic machine are interrelated. In theory, changing one aspect impacts the entire balance.

Power efficiency is the ratio of the power out to the energy in. Here are some examples:

The output power stays the same, but the input continues to rise. Fuel or electricity is the input power traditionally, which means that operating under these conditions would cost extra.

Designing for efficiency would include all four aspects.

The first component is “Native efficiency.” It reflects the hardware and encompasses everything chosen for the system, including the “power-wasting devices” such as flow controls and pressure-reduction valves, and “losses” like pipes, fittings, and hoses.

Opposite to the hardware is the installed cooling capacity as the second component. The installed capacity should mirror native efficiency. The lower the native energy, the greater the cooling. Adjacent to cooling is the maintenance of air temperature. Ambient air is the third component directly impacting the fourth, which is oil viscosity.

It’s impossible to control the ambient air temperature, but the range can be determined. However, the other three variables can be defined during design.

The Impact on Hydraulic Machine Owners

All four components of The Power Efficiency Diamond can be appreciated even after the machine is built. Mobile devices that move through locations are subject to different climate conditions. While a machine might be designed for efficiency, the operation deteriorates over time. The installed cooling, operation, circuit components drag on the input power.

Proper maintenance of hydraulic machines helps balance the “sweet spot.” The variables will need changing over time. Working with a team of experts can help with preservation. Air & Hydraulic Equipment Inc. can help you determine creative solutions to fluid power challenges. With convenient locations throughout Tennessee, we can help with installation and provide new components.

Contact us today to get a quote!
Recent Posts
Search Products
To search, simply begin typing an item description or part number.
Shop by Category
Request a Quote

COVID-19 Shipping Warning: Due to the ongoing issues experienced with the COVID-19 pandemic, UPS Red, Fed-Ex Priority, and other overnight shipping methods cannot be guaranteed! Use discretion when placing a rush order. Air & Hydraulic Equipment, Inc. is not responsible for carrier issues. Dismiss 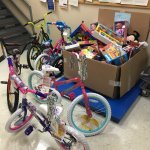 ‘Tis the Season for GivingAHE News 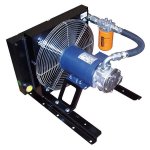 Why Hydraulic Machines Benefit from an Oil CoolerAHE News