In the latter part of 1970, James P. Halstead and James A. Campbell purchased the distribution rights for C.A. Norgren, Inc., for the State of Tennessee from Air & Hydraulic Engineering, Inc., and formed Air and Hydraulic Equipment, Inc. AHE Inc. was incorporated on January 1, 1971. The company was originally located at Jubilee Drive in Chattanooga. In 1973, the company moved into a larger facility on Kelly Street in Chattanooga.

The company continued to expand in the late 1970s, opening a sales office in Nashville in 1975, branch offices in Knoxville in 1975 and Bristol in 1977, and a manufacturing facility in Cookeville in 1978. The company moved its headquarters into a larger facility on McCallie Avenue in Chattanooga in 1978. Expansion continued in the 1980s. 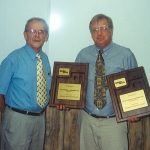