From the mid-1980s to early 1990s, the company’s owners explored several exit strategies. On September 3, 1992, the company established the ESOP. During 1997, the company discontinued operating the Cookeville location as a subsidiary corporation (A&H Systems) and is currently operating Cookeville as a branch location of the company. 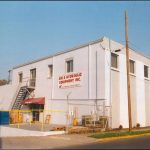